There are many other aspects to consider when it comes to preparing for college applications, such as your personal goals and the course you want to take. Another consideration is the requirements for application which may vary in elite universities.

Given the surge in applications to elite universities, the competition for admissions is at an all-time high. Asian Americans, in particular, are usually held at a higher standard for admission, facing discrimination and the cutthroat competitions for a spot in the university where they want to study.

With the influence of Asian culture, education is typically highly valued in the household. Many Asian American students tend to perform at a high level in the rigorous course load of exams in the classroom. But Asian Americans with excellent academic performance are not always admitted as they face significant scrutiny and are more recently penalized by what Harvard calls a low “personality score.”

As the bar is significantly higher for them, Asian Americans not only need to score higher on their SAT exams, but they also need to get national recognition in their extracurricular activities such as science fairs, debate, and writing competitions. 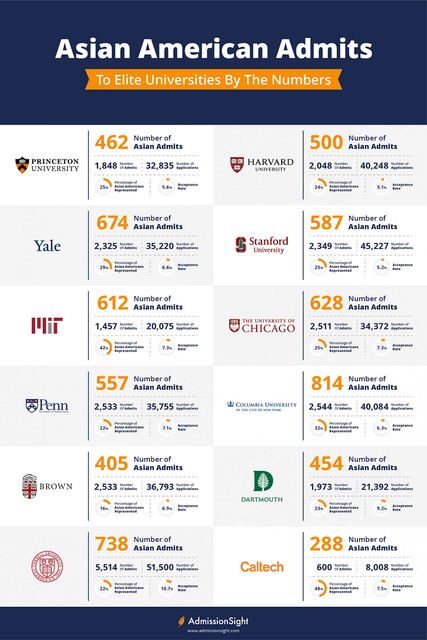 Previous post What are the UK Student Visa Requirements that you must know?

Next post What Are The Benefits Of Using Educational Blocks?

Fit Kidz focuses on family, love, and education. With more than 15 years of experience in Early Childhood Education and...

Starting your own business can be an incredibly rewarding experience, but it’s also fraught with challenges. From coming up with...

Marvin Rauf is an English businessman and Ambassador At Large for the Intergovernmental Institution for operating Microalgae Spirulina Against Malnutrition...

Work with a Business Coach to Improve Performance and Achieve Financial Growth. Expanding a firm is challenging and if you...

Prioritize the appropriate educational institutions by:  The adage that "everything that glimmers are not gold" is true. This is something...

According to the World Health Organization (WHO), preventable infections in health care impact hundreds of millions of people globally each...